It’s Wednesday and this week it’s a two-fer; you get the normal Wednesday game goodness AND my cultivated female-focused E3 wrap-up. Happy Hump Day to you!

E3 is over for another year, but there was certainly a bunch of buzz about women and female gamers. Ubisoft’s infamous female characters are too much work doesn’t represent the whole picture. It’s getting better for women; you can spend the entire day playing female characters and seeing growth in women attending.

Radius indie video game festival in London
It’s a free event this Thursday, Friday, and Saturday with around 60 playable games. It you can’t attend, you can also catch coverage on their Twitch.tv channel.

Mayfair Games to offer free expansions
Mayfair Games may be best known for Settlers of Catan, but they do have over 100 titles. In a partnership with Game Trade Magazine, the company will be offering expansions as inserts.

Bookworm, a game created by an 11 year old girl, has been funded
How do you get more women in gaming? Support great ideas at all ages. This game about books also hopes to inspire families to read together. Congrats, Dolly! 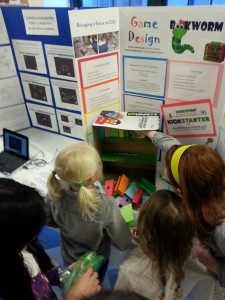