Ubisoft‘s Assassin’s Creed sits on my Steam Wall of Shame and will likely be joined by many more games in the near future thanks to the pending Steam Summer Sale. Like the other games on my list, I swear I am going to play it one day. I love games with strong story and character development, and Assassin’s Creed sounds like a series I could really enjoy for those reasons alone, but I’m also impressed by its diversity. In an industry dominated by white male lead characters, it offers so much variance. Players get to see the world through the eyes of Ratonhnhaké:ton, a.k.a. Connor, a half-Mohawk assassin in Assassin’s Creed III, or Adéwalé, a Trinidadian slave turned pirate in Assassin’s Creed IV: Freedom Cry, among others. Race and culture, especially when dealing with touchy subjects in history, can be dangerous material, but based on some of the articles I’ve been reading, the developers have put the utmost care and attention into getting it right and being respectful to the events and the people. 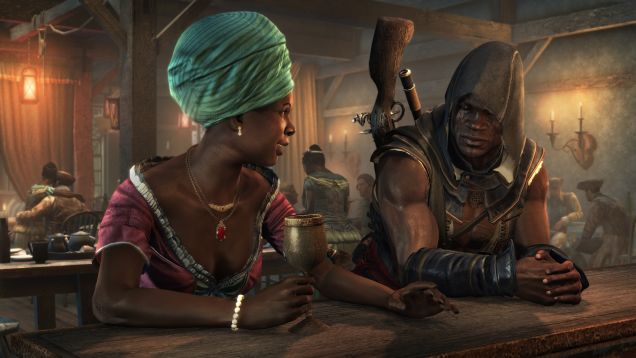 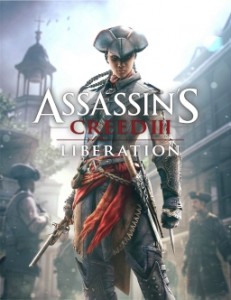 And in an industry where allowing a female protagonist to head a game is considered a “risk” unless her name is Lara Croft, Assassin’s Creed: Liberation gave us Aveline de Grandpré.

With all these steps forward, embracing diversity in so many ways, it came as a pretty big and baffling surprise when Ubisoft announced at the E3 Expo that it’s latest title, Assassin’s Creed Unity, would no longer include a female playable assassin in the co-op aspect of the game.

Because women are hard.

Ubisoft technical director James Therien explained to VideoGamer.com: “It was on our feature list until not too long ago, but it’s a question of focus and production. So we wanted to make sure we had the best experience for the character. A female character means that you have to redo a lot of animation, a lot of costumes [inaudible]. It would have doubled the work on those things. And I mean it’s something the team really wanted, but we had to make a decision… It’s unfortunate, but it’s a reality of game development.”

Ignoring the fact that a female playable character is considered “a feature,” the focus has been on the truth behind this excuse. Now, I’m no programmer. I won’t even begin to speculate on how much effort goes into making any aspect of a video game work correctly. And I don’t doubt that there might be some extra finagling involved in the female anatomy, such as the slip of the mouse that gave us Lara Croft’s famous endowments. Turns out, breasts can be tricky to program. Apparently, you have to get the boob physics just right in order for them to bounce appropriately.

Fortunately, there are those who can, from experience, call B.S. when they hear it, namely Jonathan Cooper, animation director of Assassin’s Creed III, now an animator at Naughty Dog:

So it turns out that maaaybe Ubisoft chose the wrong excuse to give to an increasingly aware and vocal consumer base which is comprised of women who’d love to see greater representation of their sex (among other minority groups) on the screen in the name of diversity.

Ubisoft has since been trying to dig themselves out of the hole with clarifications:

In other words, there’s always next time ladies. Maybe. Hopefully. You know, sometime in the future. Because we’re diverse too.

Frankly, even if there was validity in their claim about the difficulty of animating female playable characters, I’d rather them have just lied about it. Or told me they just forgot to include the option. Or maybe they could have just rolled around on the floor in a tantrum screaming “BECAUSE WE DON’T WANNA!”

But when Ubisoft tells me that rendering female characters, despite the precedent already set within their own games and many others, is just too much extra work, I find myself wondering why my sex isn’t worth that extra effort.